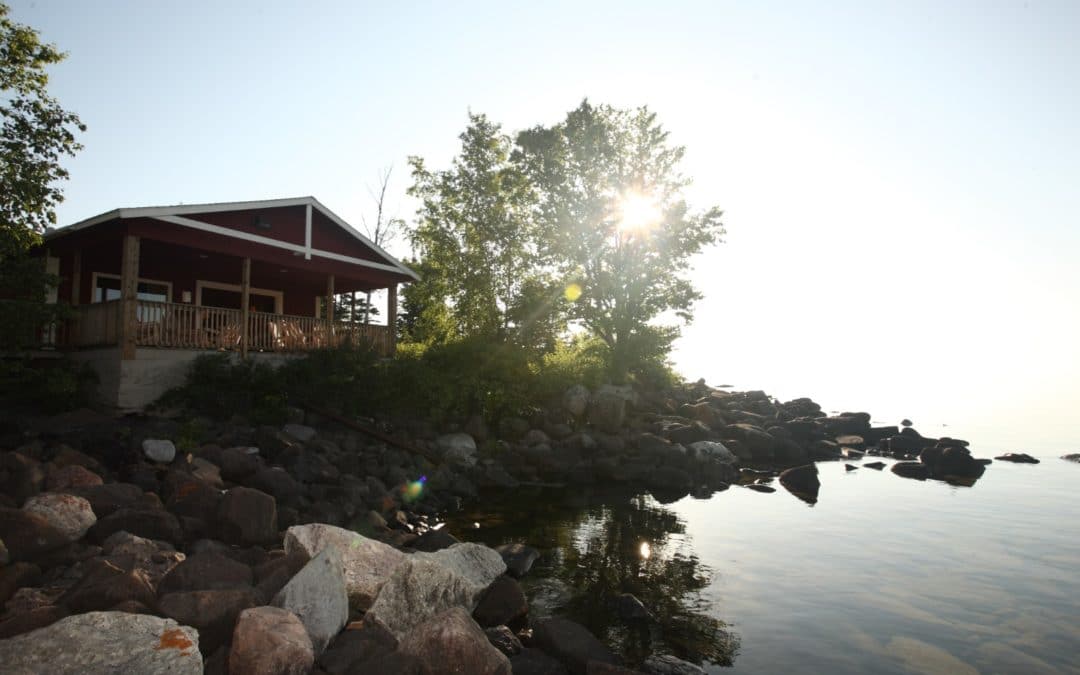 Some people choose to support small businesses vs. a corporate run business. Did you know that when you stay at Cove Point Lodge or eat at The Crossings, you are doing just that?

Cove Point Lodge was a dream of Steven, and Marcia way back in 1972. At that time, they were staying at Lutsen Lodge, and watched the owners sitting in the dining room at “their” table, chatting and enjoying dinner. Steve and Marcia wanted the same.

It was a long process of hard work, saving, buying and selling cabins, which worked their way up to being able to buy the land that Cove Point Lodge sits on. This land was previously owned by a commercial fisherman. Mickey would go out alone and use nets to catch fish to be sold on the commercial markets. Mickey’s fish house used to be a place where he would prepare the fish he caught to be sent out and sold.

In 1995, with the help of some investors, they took a giant leap to risk everything they had to build the main lodge. This is when Steve and Marcia, along with their children, blazed the trail out to the point.

Marcia and Steve have poured their hearts into their business. They value their guests and are thankful for each and every reservation. So, rest assured when you stay at Cove Point Lodge, you are not lining the pocketbook of a corporation that doesn’t care – you are staying at a place that reads your comment cards, social media posts, and values the experience you have while you stay in an extension of their home.

Come to Cove Point, where you are valued.